The Map for Wings Unseen is Released!

The first time Wings Unseen, my debut epic fantasy novel, got a map was out of desperation. I simply could not keep my own world-building straight without a visual to look at, and my artistic abilities are HORRIBLE, so I forced my husband to draw me one. Ben is a software developer and designer, so he can sneeze and create something pleasing to look at – the closest I can get is taking snapshots of artwork already in existence.

So I knew early on that this book would need a map, and what self-respecting fantasy book doesn’t have one, anyway? I am pleased to share with you the final map that will appear in the final book, which Meerkat Press revealed on Monday: 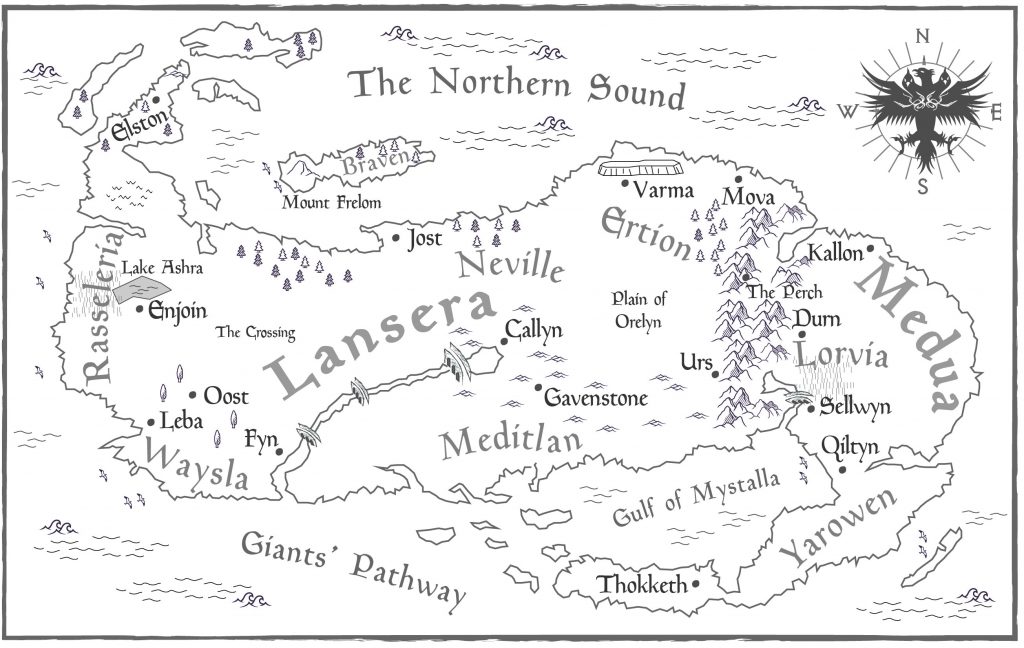 I love it! The main shape of the land remains the same from that day that I forced Ben to craft it for me, but we’ve added terrain, made the fonts used for countries, regions, cities, and points of interest uniform, and see that smashing compass top right? Yep, it incorporates the three-headed bird featured on the cover of the book! It’ll be a helpful resource for readers, as I do, or my characters, rather, cover a LOT of ground in Wings Unseen. One of my biggest regrets is actually how many cities remain unexplored in the book, which I may be addressing in my early plotting of a sequel…

Want to dive into that map? Pre-order Wings Unseen today! Less than three weeks until it’s out!