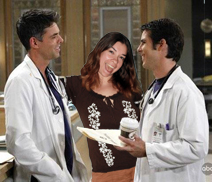 The Doctor’s Order is my General Hospital column. You can find the most recent entries here at All My Writers. I aim to give a weekly diagnosis of the show’s conditions and the wisdom behind the characters’ shenanigans. In a show full of doctors, mobsters, and split personalities, you can bet there are plenty of those.

Every other week, the Doctor’s Order posts first at the Official General Hospital Fan Club site. I’ve had the pleasure of being their official commentary writer since 2010. 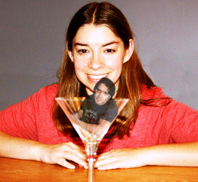 Once upon a time, however, this column was called This Week’s Specials instead. In that incarnation, I focused on giving a complete description of all the tasty dishes served up in Port Charles each week, though they sometimes left a bitter taste. Other times, however, the results were decadent.

I’ve been watching this show since the womb, and I remember it since I was 5. It really has had a big presence in my life. I’m never afraid to admit that.