The LibraryThings giveaway of Wings Unseen is now complete! But do not lose hope, dear readers. There are other ways to get your hands on an early copy of my book….

Through June 24, you can enter to win one of five print copies of Wings Unseen through Goodreads. Yes, that’s right! I said print! How exciting is that?! They are advanced reading copies, which means some important details have not yet made it into the book design, like that dedication and acknowledgment I still need to write….but the story is all there and the book is 90% what it will be in the final version.

The odds are not as much in your favor this time around, with 235 people already entered in the giveaway, but you should totally try. Why? Because I’m proud of this book and I hope you will be proud of it too, enough to leave a review and rating after you get a sneak peek at it.

See the giveaway details
at Goodreads.

To enter, you can either click the link in that widget right above this or head to the website to enter directly there – the result will be the same either way! And you may be among the first to hold a copy of Wings Unseen in your hands! Heck, I haven’t done that yet.

To encourage you to enter the Goodreads giveaway, I am giving away a sneak peak myself of one of the four character sigils that Meerkat Press has commissioned for the book! These sigils appear on the chapter title pages for each of my point-of-view characters – or at least the four of them that matter most. The first one is… 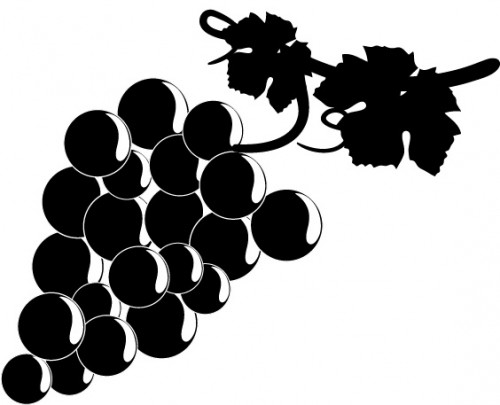 Serra is the daughter of Midra and Goning Gavenstone, the liege-lords of Meditlan, a land of spices and wine – thus the grapevines of her sigil. Both her parents tragically drowned when Serrra was a child. As the book opens, her older brother, Agler, is on a quest for the Ravens, the spies of her home country, Lansera. Serra is engaged to Janto Albrecht, the prince of Lansera, and will wed him in a month. Being a part of the Albrecht family and the someday queen of Lansera is all that Serra has ever wanted, since she moved into their home after her parents’ death. But at 18, Serra has much to learn of wants and what the future holds.

Get your chance to follow Serra’s journey to her own future with an ARC of Wings Unseen from Goodreads! Enter here.

Folks, we are nearing the end of May and nearing the time when the first batch of readers will be getting their hands on ARCs (advanced reading copies) of my book! I am excited and nervous and probably mostly overwhelmed with the whirlwind coming as Wings Unseen gets closer and closer to publication. 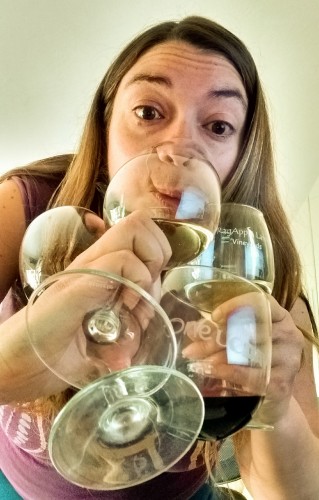 And you can be one of the first people to have it in your hands if you sign up for the LibraryThing Early Reviewers program and request my book! 100 review copies of Wings Unseen are flying out from there soon, absolutely free. So far, only 160 members have requested a copy, so your odds are pretty good at getting one! But you only have 3 more days to request it, so get going! Here’s the link again (click here). The giveaway ends on May 29, 2017.

You will find Wings Unseen about two-thirds of the way down that list of books for May. So after signing up for the program, or if you are already a member, you can CTRL + F to find Wings Unseen on the page or keep your eyes peeled for the cover:

And to encourage you to sign up, I am sharing this picture of my ARCS that that Meerkat Press just shared today! Can’t wait until I get to smell that new book smell myself…

There is another giveaway also underway, which I’ll be posting on soon. But for now, one last time, here’s the link for the LibraryThing Early Reviewers request page! Click the link here. 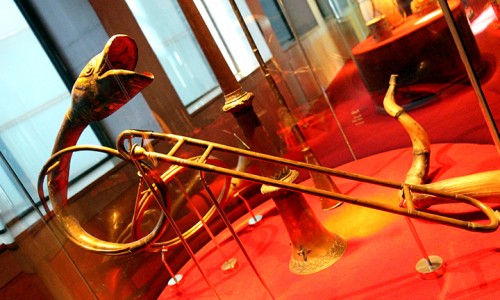 Ooh, maybe not that one. That looks dangerous. Regardless, it’s time to celebrate because my YA/New Adult epic fantasy, Wings Unseen, is now available for pre-order!

You can order it from Amazon or from Barnes & Nobles for now, and you bet I’ll announce when it’s available from other sources. The official release date is August 22, 2017! Did I not mention that before? *browses website* Wow, I really did not mention that before. Apparently, getting your tonsils removed puts you off your promotional game. Luckily, Meerkat Press is continuing to be a phenomenal small press, so word is getting out about this book, and ARCs go out this month. So exciting! Stay tuned for giveaway info, but also go ahead and click on one of those pre-order links if you can…what, you want more enticement? How about an excerpt from the book? Here’s one of my photos to conjure your imagination:

And here’s the excerpt. In it, Vesperi, a main point-of-view character who lives on the Meduan side of the mountains, where a highly questionable moral code reigns, makes a visit to an herbalist:

“Vesperi Sellwyn! It has been ages since I saw you last. You have been too busy with those fancy lordlings to come visit old Graw.” His voice scratched like the black scruff on his chin. “Though I have noticed fewer coteries riding through of late.” He cocked his head. “Did those suitors find the merchandise too used?”

She glared. “None of them were suited to my needs.”

“Oh, I am certain I have something that would suit your needs.” He grabbed at the sagging bulge beneath his belt.

She ignored him. “You do, actually. I have need of fallowent. Do you know of it?”

“Fallowent, aye, I may have some of that, though it’s scarce these days. The plants grow best by the river, and they disappear as fast as the Sell’s waters.” His face lit up as he spoke, confirming what Vesperi had pieced together years ago—this man loved his craft more than his pleasures. He was harmless, as far as men went.

Each hobbled step he took drew forth a curse. After some shuffling and banging, he returned with a pot in hand. Cloying scents of honey and musk rose up as he lifted the lid. She dipped a finger and it came out coated in black, sticky seeds no bigger than a flea.

“I will need more of it.” She had no idea how long it would last. “So you had best figure out how to get some or my father will hear of it.”

His face paled. “I will. There is no need to tell your father. I will have the guards take me foraging tomorrow.”

“Good. I will return for more next week.”

He raised his elbows as she made to leave but stopped her at the door. “You were right­—”

She narrowed her eyes.

“—about those men, your suitors? To reject them.”

Vesperi had little patience for stammering, but this was an unexpected compliment.

“I know you are a woman and Saeth teaches that women are prized only for their cunts and the kitchens, but fallowent won’t do anything to make that brother of yours a man. He would let us all fall into the hands of Durn, or Saeth forbid, the cow lords of Yarowen.”

Graw shuddered, and Vesperi gave him a brilliant smile, encouraging him to continue. “I would—I would rather you take over than him someday, and you can’t do that if you get married. I am very attached to my store, you see—” he petted the padded arm of his chair, “—and I would prefer things stay this way.”

“If we are lucky, my father will live many more years.”

“Of course,” he said hurriedly. “I did not mean to suggest—”

“You didn’t,” she assured him. “And Saeth may yet give my mother another son Lord Sellwyn can be proud of. We must pray for that.”

He nodded, eyes downcast. But his head lifted when she placed an extra pile of souzers on the table.

“Your loyalty is noted by House Sellwyn.” It was all she could say safely. She exited without another word, but the hood did not feel quite as binding when she pulled it over her head.