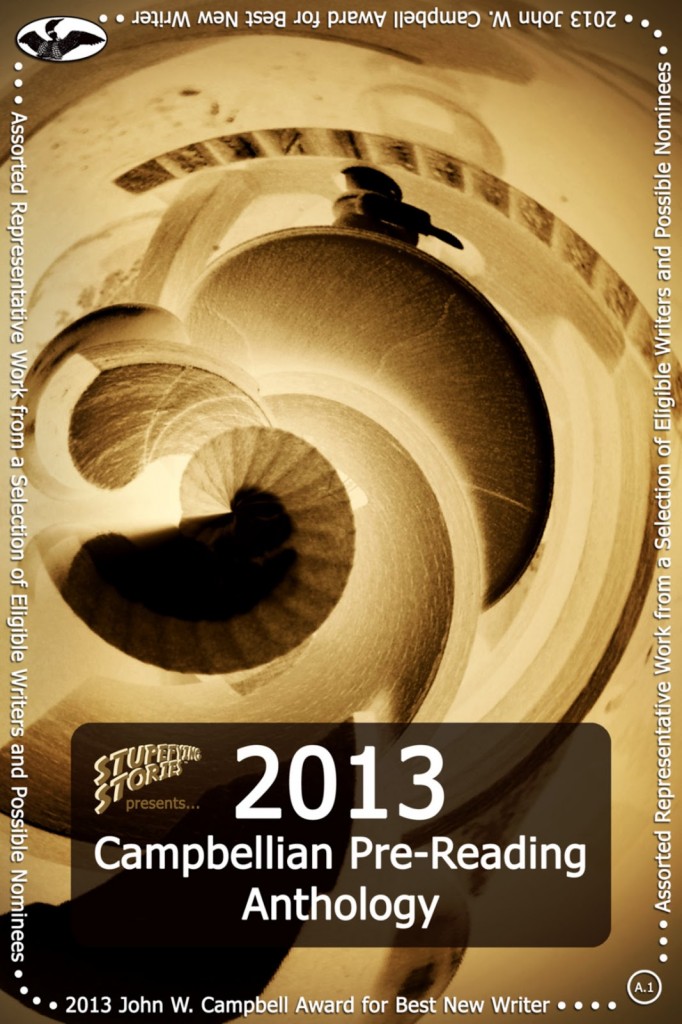 Published by Stupefying Stories, the 2013 Campbellian Pre-Reading Anthology is now available for free — that’s right, free! — for anyone interested in perusing the works of authors eligible for Campbell award nominations this year. What’s that? As M. David Blake, editor of Stupefying Stories explained,

Named for John W. Campbell, Jr., whose 34 years at the helm of Astounding Science Fiction (later renamed Analog) defined the “Golden Age” of the genre and launched the careers of dozens of famous writers, the John W. Campbell Award for Best New Writer is presented annually at WorldCon to an outstanding author whose first professional work of science fiction or fantasy was published within the previous two years.

What does this have to do with me? Well, with my sale of “Bother” to Bull Spec nearing on two years ago now, I became eligible for the Campbell Award. I have absolutely no expectations of being nominated, especially because I haven’t had other speculative fiction published since then — I’ve been working on my first fantasy novel instead of sending out my short stories. But “Bother” has been reprinted in the anthology, and now’s your chance to read it for free along with other worthy works by a large list of fantastic speculative fiction authors. All for free until the Hugo nominees, including for the John W. Campbell Award for Best New Writer, are announced at the end of April.

To take advantage of this amazing access to these stories, just click here and chose the e-format you prefer at the end of the publication announcement post. And if you do read “Bother,” please let me know what you thought! Us writers do thrive on feedback.